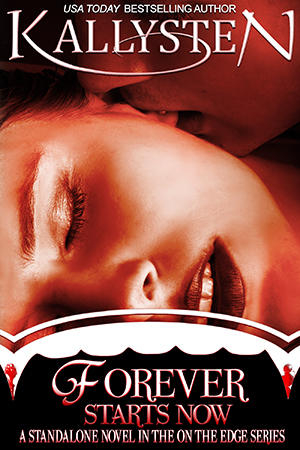 When Matthew became a vampire, he made a promise. It’s because of this vow that he intervenes in Claire’s love life, and later tries to scare her away from On The Edge, the infamous dance club that serves as the local vampire hunting grounds.

But his efforts to keep her from his kind backfire when she returns, apparently more intrigued than afraid. Could it be that his heart wasn’t in it – this same dead, supposedly unfeeling heart that demanded, so long ago, that he make this promise, and that seems to wake up and start beating again in her presence?

Or could there be more behind Claire’s interest than mere curiosity?

NOTE – While this book is set in the universe of On The Edge, it is fully standalone.