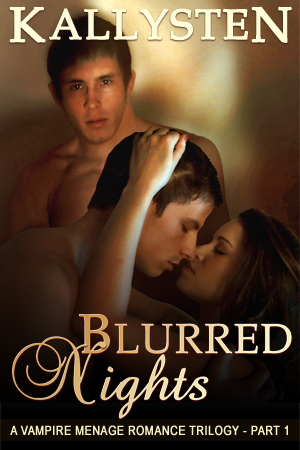 Love in the time of war…

In a future world shattered by the invasion of beast-like demons, humans are fighting back as well as they can, using ancient weapons along with magic to defend their cities. Next to them, vampires are fighting too – some for the thrill of it, others to hold on to age-old Pacts, which demand that they protect humans.

When Kate’s squad of fighters meets vampires Marc and Blake, she is torn. Her squad could use their help, but the two men are distracting her from her duty. Night after night, they search together for the breach between realities that allows the demons’ invasion. They search, also, for the equilibrium that will allow Blake to forgive his Sire, Marc to accept Blake as he is – and Kate to admit she is attracted to both of them.

Can they find that delicate balance before the demons destroy the squad?