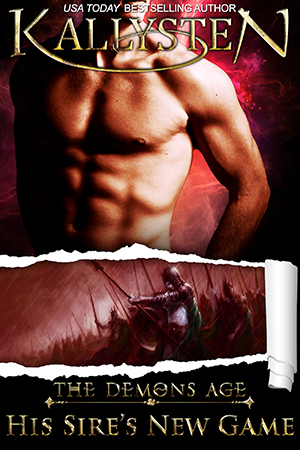 After a sizzling night spent with two vampires – a night that left him both aching and satisfied from a spanking… and much more – Tyler tries to sneak away. Doing so, he earns himself another punishment from Master vampire and Dom Alan. Only after a new spanking does he have permission to leave, as well as permission to return later in the day.

Before dealing with Tyler, Alan ordered his Childe and submissive Jeremy not to intervene. Jeremy, however, can’t stand being left out and breaks his Sire’s orders. His punishment, although entirely different from Tyler’s, turns out to be just as agonizing, especially when Alan draws a painful confession from him.