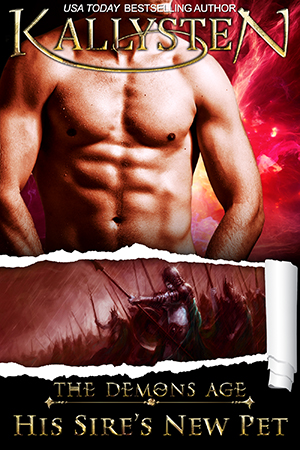 As Master vampire and Dominant Alan returns from a fight against demons, he is furious. His Childe, Jeremy, acted foolishly on the battlefield and was wounded. For this, Alan will punish him.

Jeremy knows his place and accepts that he deserves his punishment. He kneels at his Sire’s feet as soon as he enters their lair. A human accompanied Jeremy home, however: his lover and submissive, Tyler.

Will Tyler endure Jeremy’s punishment until its very end, or will the intense spanking prove too much for him? And how does Jeremy feel about sharing his lover with his Sire for one night… or maybe more than that?