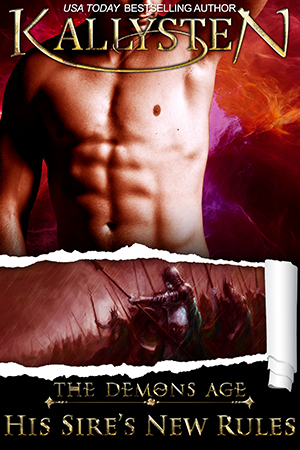 The second night quickly became a step toward establishing new boundaries between the three of them. And while Tyler can’t stay the night, Alan has just the toy to keep his new pet’s mind on what happened so far… and what will happen when they meet next.

In a world where otherworldly demons attack every night, there’s a time for games and a time to fight, and as it turns out the three men work just as well together on the battlefield as they do in the bedroom. At work or at play, though, it all comes down to the same thing for the three of them: following the rules, and trusting the men standing—or kneeling—next to each of them.