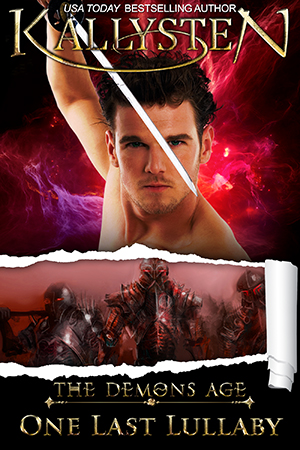 Dealing with vampires and demons? Piece of cake. Facing the ex he still loves? Not so much.

When Kirsten walks back into Jacob’s life after years of estrangement, it’s not to resume the relationship she once ended abruptly. Instead, she’s there to work as a mage for the same agency in which Jacob is a Special Enforcer… or at least, that’s her story and she’s sticking to it. Whether Andrew, her boss and one of Jacob’s fathers, hired her for her skills or to get her back in Jacob’s life is anyone’s guess.

Although Jacob is determined to see in Kirsten a co-worker and friend, he still loves her as much as he ever did. He used to believe she was ‘the one,’ and even years after she broke up with him he still doesn’t understand what happened. It doesn’t help that every little thing she does reminds him of what they once shared.

As the agency battles deadly demons night after night, the relationship between Jacob and Kirsten goes from awkward to downright painful… until one botched magic spell traps them in a strange world inhabited by the demons, and the only way back will require them to reveal to each other their most painful secret…

NOTE – This book is the last part of the Lullabies Trilogy, and probably makes more sense when read after one or two of the previous books. It features two relationships, one between a man and a woman and the other between two men. It was previously released as part of the Cimmerian Shade boxed set.