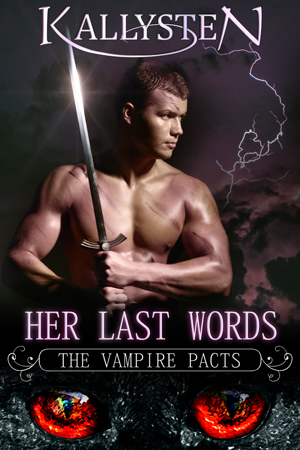 Two centuries have passed since the Master Vampire Gabrielle made the biggest mistake of her life.

Two centuries since her plan backfired, resulting not in the destruction of demons as she had hoped, but instead in the slaughtering of countless humans and vampires that had been fighting against them. Two centuries also, since she pushed away her favorite Childe, without ever telling him why. Two centuries of fighting alone to protect the humans she has sworn to defend from demons. Two centuries of missing Erik.

When he finally reappears in her life, she thinks she has been offered a second chance. But she soon realizes that she will need to face her mistakes to reach him, and understand that silence can be more painful than words.

NOTE – All books in The Vampire Pacts series are standalone and can be read in any order.