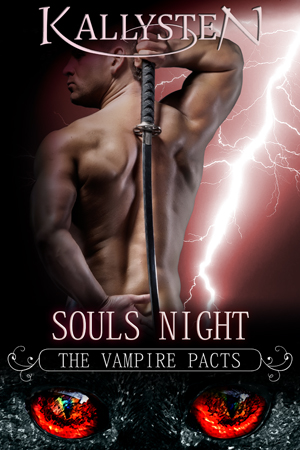 To be allowed to join the Fighters who protect her village from fierce demons, Mierna has to go through the woods on Souls Night in search of a weapon. What she finds, instead, is a strikingly attractive vampire who once kept her people safe along with his now lost clan.

To her surprise, Elden gives her the sword she had come to steal, and when she asks, he accepts to teach her how to use it. In exchange, she offers him a few mouthfuls of her blood.

Hundreds of years after the Pact between her village and Elden was broken, it is a very different relationship that Mierna develops with the handsome but taciturn vampire; and when saying goodbye becomes too difficult, unexpected allies might help convince him that she’s not the child he would like to see in her–not a child, but maybe a Childe.

NOTE – All books in The Vampire Pacts series are standalone and can be read in any order.