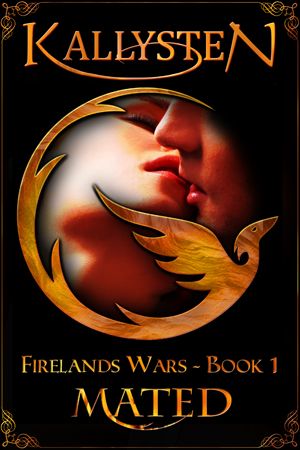 She’s perfect for him… except she’s a phoenix…

When the Ileos clan invites shifter clans from the Firelands to watch their new leader take power, Maikel Argonis doesn’t have much choice but to attend. As second in line to the throne, his lack of interest for this kind of social function is not reason enough to stay home. His father, the king of the Firelands, rules over his sons with as firm a hand as he rules a realm where power-hungry shifters don’t hesitate to start wars.

The chore, however, takes an unexpected turn for Maikel when he meets Celly Ileos. Second-born like he is, quick-witted and rebellious, she captures both Maikel’s interest and his dragon’s—even though she’s a phoenix.

Celly doesn’t mind seeing her older brother take power like he was always destined to. However, she does mind that he’s already trying to use her as a pawn in his power games, intending to strengthen their clan through her marriage to one of his allies. Her heart is her own, and she wants to choose her own mate.

But if that mate happens to be a dragon prince, will she be strong enough to endure the fire of disapproval raging from his family and her own?