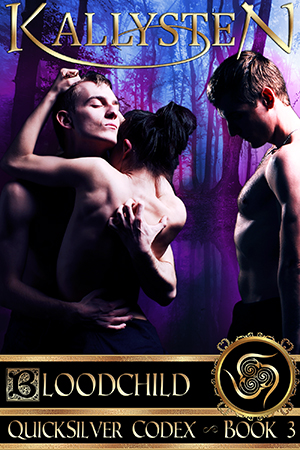 She watched the man she loved die. Now she has to learn to live with him again.

Five days. That’s how long 20-year-old Vivien has to prepare for the first of three magic duels against Rhuinn, the usurper king of Foh’Ran. She challenged him to the duels not because she wants the throne, although it is her birthright, but because she wants revenge for the death of Brad – one of her bodyguards, and the man she loves.

Except that Brad is alive again… or almost. His brother Aedan, rather than losing him, broke all customs and made him a vampire like himself, a decision that might cost him dearly when his own Maker confronts him.

While Vivien is overjoyed to have a new chance to be with Brad, Aedan’s disapproval of their relationship reaches new heights. Brad’s new vampire instincts are strong, and his hunger for blood is hard – if not impossible – to control. The two brothers swore an oath to protect Vivien, but one of them might be the greatest threat to her safety… at least for the next five days…

NOTE – This is the third part of the QuickSilver Codex series, which is best read in order.