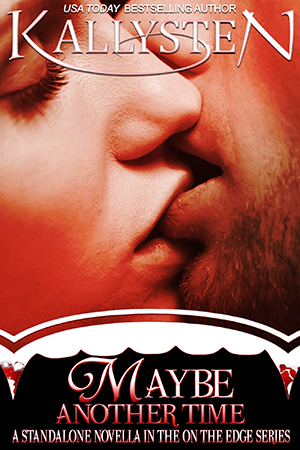 Sometimes, vampires are not the bad guys…

After a century and a half, Lucien has no illusions about vampires being treated fairly by humans, but when a new club opens in town that is touted as a meeting place for vampires and humans, he reluctantly gives it a try. On his first night there, he is pleasantly surprised… until the young woman with whom he shares a glass of wine and pleasant conversation at the bar realizes what he is.

If Zoe had had her wish, the bachelorette party for her best friend would have taken place anywhere but at On The Edge—anywhere vampires are not welcomed so openly. Unlike the rest of the bridal party, Zoe has a healthy wariness of vampires… Or could it be more than wariness, and less than healthy?

Every aspect of her life seems governed by patterns she can’t overcome, from the way she yields in conflicts to her inability to believe anyone might be interested in her extra curves. Could changing one thing—her fear of vampires—be the one small step that starts her on a new life journey?

NOTE – While set in the On The Edge universe, this book is fully standalone. Previously published as part of the Vampire Bites anthology.