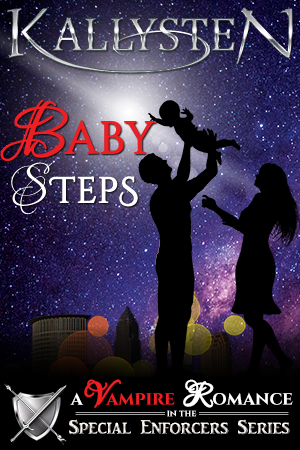 As a Special Enforcer, Alexandra should know better than to get close to a vampire like Joseph, even if he saved her from certain death. The S.E. records name him as a likely killer, and his interest in her can’t possibly mean anything good. And so when her friends introduce her to a potential human boyfriend, she ignores her feelings for Joseph and demands that he leaves her alone.

Fed up with her games, Joseph takes her to her word and leaves Cleveland, intending to put as much distance as possible between them and forget her along with his feelings for her.

Two years later, though, when Joseph has to return to Cleveland, he still cares about Alexandra, much more than he would like. And Alexandra, single again and now a new mom to baby girl Marian, never managed to completely put Joseph out of her life and mind.

Step by step, Alexandra will offer Joseph her friendship before entrusting him with her life and her child’s. But will Joseph ever trust her again with his heart?